Types and varieties of wristbands

Wristbands serve a variety of purposes. These are used at fund raisers as well as corporate events. Most of the time wristbands can be customized in a variety of shapes and designs. You have an option of going for several kinds of wristbands which are as follows.

One of the most popular kind of wrist bands are the silicone wristbands because they are durable as well as waterproof. Silicone wristband can last for years. Silicone bands are also known as rubber wristbands. There are certain companies which use latex free bands and ensure that they are allergen free. It is advisable to go for bands which do not cause skin allergies and although you may have to pay a little extra it would cost a good impression on your guests. These can be customized in different styles and can be embossed, color coated or even ink injected.

Tyvek wristbands are quite durable and are made from a paper like material which can come in different colors. This wrist bands have a self adhesive tape. These are just as easy to put on and take off and also waterproof therefore making them ideal for long lasting use, especially for three or four day events. These are water resistant as well and do not lose their brightness or color easily.

Plastic wristbands are ideal to be used for one time use. As the name suggests these are made from plastic and feature a snap button. To be used at events which are high security and require crowd control these have gained a great deal of popularity at many corporate events. These are cheaper when compared to silicon and Tyvek wristbands. These also come in a variety of colors and designs. However the snap button on these wristbands cannot be opened once it has been applied and need to be torn off.

This can be seen worn by athletes and are used during high energy activities which induce sweating. It can easily help get rid of the sweat on your skin and can be available in different colors and are personalized to match the colors of your team. These are also used as a popular fashion accessory for fitness conscious individuals.

As the name suggests these are made from woven cloth and a popular during festivals or other functions in which there is a great deal of brand promotion. Since these are designed from polyester and therefore last for a very long time. However these tend to be the most expensive kind of wristbands and can only be used if you don’t mind spending extra on promotional items.

It doesn’t matter which ever kind of wristbands you choose for your event, you only need to buy those which are high quality. Also these wristbands are supplied by a number of people. However you need to choose someone you could rely on for providing you with high quality wristbands.

For more information on custom wristbands make sure you contact AAC’s wristbands.

Tips for finding a resort accommodation

Everyone looks forward to their vacation. after all visiting all the tourist attractions and eating and drinking to your heart’s content as well as getting a chance to relax are something which we all aim for. However in order to enjoy your vacation it is essential that you find a safe and a comfortable place to stay the night. The right resort accommodation can help you wind down after a long day of touring and sightseeing.

For anyone planning a vacation the first crucial step is to find a resort accommodation. Whether you are looking for a place to stay solo all with the family you need to find a space which would cater to your needs.

What to look for in a resort accommodation

The above strategies are not only helpful in helping you find a holiday accommodation but would also make things much simpler. It should be kept in mind that you are taking the vacation to enjoy yourself and therefore you should choose a destination where you can fulfill your heart’s desire.

The infamous Blue Mountains of Australia are a mountainous region located in New South Wales. Foothills of the region are 50 kilometers west of the capital. A blue Haze covers the whole of the mountain range and can be seen from afar hence giving it the name ‘Blue Mountains’.  One must visit these mountains when in Sydney. Here a number of reasons not to miss out on a tour to the Blue Mountains.

The Jenolan Caves located within the mountain range is one of the main highlights of the region. They are one of the oldest discovered open caves in the world. The network consists of 8 caves that have various calcite formations which adds to the beauty of the caves. In addition to these, the caves have a number of other attractions due to which it is quite popular among tourists. The main attractions include the river passing through the cave system, the blue lake, and the cuisines available within the caves.

The Mountain region provides the tourist with an opportunity to explore the wild and adventurous side of themselves. There are a number of outdoor adventure specialists that offer a range of exhilarating experiences in the Blue Mountains. They have an experienced team of qualified professional instructors who make sure of your safety. The activities include rock climbing, canyoning, and abseiling. Between the months of April and October, a two-day course is conducted where one can learn to survive in the wilderness.

The Explorer Bus is a tour Bus which allows the visitors to move between the 29 different tourist attractions within the Blue Mountains. The major attractions on the tour include waterfalls, galleries, sightseeing locations, and many more stunning views. A handy guidebook filled with information related to the mountains and live commentary one can learn about the secret stories and hidden wonders in the region. You can select from a range of passes depending on our interests and budget.

To experience a cool climate one must visit The Blue Mountain Botanic Garden. The garden features a number of plants from all around the world and mostly from the southern hemisphere. The 28-hectare area is a beautiful and peaceful place to take a walk where you feel close to nature and the colorful plants are soothing to the human eye as well. The garden also holds exhibitions that feature local artwork.

Along with all the activities and gardens, the blue mountain tours sydney is also a great place for sightseeing. There are a number of points that are a must-see for every tourist. Some major sightseeing locations include the ‘Three Sisters’. It is an iconic formation and different stories are associated with the formation which themselves are quite interesting. Another location is the Echo Point lookout. It is located at the edge of the plateau which provides a breathtaking panoramic view of the valley. This point also leads to many pathways where you can experience nature closely.

So if you ever visit Sydney, missing out on a tour to the beautiful mountain range will surely be something you will regret later on.

Fires in Australia: koalas, rare animals and wilderness are at risk of extinction

The rain comes, but for a while
In these days the situation has improved slightly: rain has come in the state of New South Wales (in south-eastern Australia), where the fires were most extensive.

And, after long dramatic months, even the firefighters still busy on the many fires still burning start to hope again. But starting from the weekend the rains will end, the temperatures will rise again and the situation could become even more serious.

The most affected areas
In New South Wales (NSW) , fire destroyed more than five million hectares, more than 2,000 homes and forced thousands to leave their homes and seek refuge elsewhere .

In Victoria , where the fires burned 1.2 million hectares, the “state of disaster” was extended to the most affected areas, allowing authorities to impose evacuation. Three people , including a fireman, died in the city and around 20 fires are still burning.

The massacre of animals is moving the world and the struggle to save as many species as possible continues unabated. The victims of the devastating fires are many and the future of many species in the country is already compromised .

The country can boast unique animals and habitats: here are the Tasmanian devils , koalas , kangaroos , quokka , a marsupial that is described as the happiest animal in the world, the wombats. You can see the dingoes (wild canids), the penguins and the shy platypus .

The white shark, various species of snakes, spiders, crocodiles and jellyfish can be found . In the Great Barrier Reef you can swim between giant manta rays, turtles, whales and whale sharks.

Trans-Australian, a coast to coast expedition in wild Australia

For Australian natives, traveling is a ritual in memory of one’s ancestors. You voluntarily leave your clan without measuring time and without predicting a return.

The sacredness of the path is a path designed by nature where each of its forms is the only trace to follow along with the songs and dances that accompany this path. Only for the natives do these paths have a clear identity, they are “the ways of songs” where the signs generated in the Time of dreams find meaning with the words handed down, through songs and dances, from generation to generation.

The world of natives is complex and fascinating but it remains far from our eyes the only way to tune in is to be aware of it, our “walkabout” must not leave traces, a light breath in total respect along a path that only for natives it is spiritual.

A journey to discover a continent
Our journey is an itinerary in search of unique experiences, where the path is a stimulus for the traveler, designed to get in touch with the wild nature of Australia. The West Coast, the wild Kimberley region, the sandstone domes of the Bungle Bungle, Kakadu National Park, the Great Barrier Reef, the Red Center navel of the Australian OutBack and finally Sydney; a Trans-Australian woman who will allow us to explore this coast to coast continent on a three-week adventure.

The west coast with Perth on the banks of the Swan River between parks and botanical gardens, the worldliness of the port of Fremantle or the incredible beauty of the Pinnacles desert. An exploration of the wild Kimberley along a route of incredible beauty and fascinating mystery that links this land to the native population.

With an off-road vehicle we will start from the white beaches of Cable Beach in Broome and begin a long journey that will end in Darwin in the Northern Australia Territories. Deserts, canyons, rivers, caves, gorges and the incredible chain of Bungle Bungle Ranges, characterized by layers of orange and black rocks, in the Purnululu National Park, included among the World Heritage Sites. 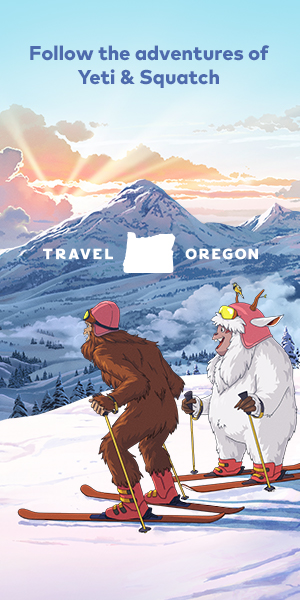 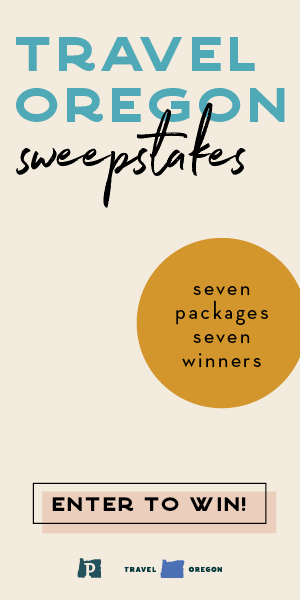